At the start of the 2017 season there was an awful lot of chatter about Sage’s brand new Sage X fly-rod. This rod was created to replace Sage’s very popular ONE series. Now, I personally wasn’t the greatest fan on the Sage ONE rod. Although exceptionally light and cosmetically attractive, I found it too stiff and lacking life when playing fish. However, I had it on good authority that the Sage X was excitingly different. So, after a little persuasion, I gratefully accepted an invitation to be sent a 10ft, #7 rod to fish with in return for an honest product review at the of the 2017 season… And so after a season of putting the rod through its paces, here are my thoughts: 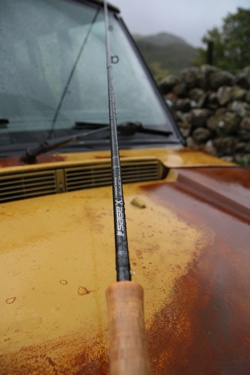 The rod comes in a light weight but heavy duty metal rod tube. Because the rod is broken down into four sections, the tube is just over 75cm long which means it perfectly fits in your boot or suitcase (much to the wife’s disappointment).

When you take the rod out of its bag, the first thing you notice is just how light the rod is. It really is light and for a 7# rod capable of casting big flies, it weighs an impressive 3.7oz. The colour of the blank is Black Spruce and in the sunlight it looks very slick and modern.

As you would expect, the cosmetics on this rod are seriously top-end. The rod comes with excellent Fuji ceramic stripper guides, dark green thread wraps with metallic gret trim wraps, and hard chromed snake guides, which basically means the rod looks a million dollars and is built with quality hardwearing material which will last.

Now, it’s not a deal breaker for me, but I personally would have liked to have seen some simple markers on the bottom and top of each rod section to help correctly line up the rod sections. This simple addition would have made life a little easier when setting up, or checking the sections haven’t moved slightly during a fishing trip, but like I said, it’s not the end of the world.

According to Sage, the rod features a new fast action taper which is built with Sage’s KonneticHD Technology.

This means that the rods deliver greater blank recovery and a crisper tip stop which allows anglers to create tighter, more efficient loops throughout all ranges of casting styles.

This taper allows you to dig deeper into the rod and access the lower sections, shifting power closer to the angler.

Decreased lateral and medial movement and vibrations in the blank result in a more accurate and efficient presentation, resulting in a performance driven, forgiving fast action blank.

Cosmetically, the rod looks good, but to be honest I am more interested in the action of a rod.

I wouldn’t spend top dollar on a rod which looks great but has no life or soul and so I was excited to see how the rod would actually perform on its first outing.

My first trip with the X was to Dracyocte Reservoir, fishing from a boat. The fish were deep, so I was using DI7 lines with a team of flies. The rod cast the heavy line with ease. I am not the best caster in the world, but genuinely, this rod allowed me to cast long distances, with ease and perfection. I was truly impressed.

As the season progressed, I continued to fish with the rod using sinking to floating lines. My impressions were that the rod was more fun to use than its predecessor, but to be totally honest, it felt like there was too much rod and too much power for more general forms of fly-fishing. 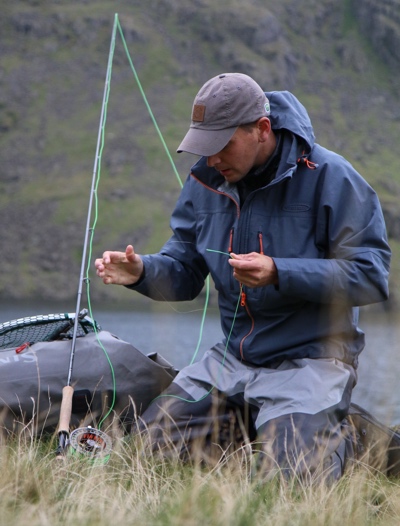 I had a suspicion that the 10ft #6 version of the Sage X may be a little more suitable for general fishing and would cope with #7 lines. I gratefully received a #6 rod in the post and another excuse to go fishing was found!

The #6 rod weighs-in at a mere 3.3oz and when sitting next to the #7 rod, with it’s a thinner blank, the rod looked more approachable. I could see straight away that this lighter rod was more refined and suited for fishing floating lines and light leaders, but still had the backbone to cope with heavier sinking lines.

My first outing with the rod was to a small lake hidden away in the Lake District with an aim of catching some wild brown trout. I tackled up with a wf7 RIO Gold and a team of hoppers. The rod was an absolute joy to cast, it was light and responsive with excellent line delivery presentation. I saw a fish moving at range and even with a gentle wind blowing into my face I was able confidently and successfully cover it.

The following week I was back on the boats fishing sinking lines trying to catch some big reservoir trout. The #6 rod coped admiralty with the heavier lines and at no point did I feel that the #7 sinking lines were too much for the rod. Almost on the last cast of the day, I hooked into a big fish, taken off the top using a suspender minky. I felt confident playing the big fish with each lunge being absorbed by the rod. After a 10 minute battle, a 6lb brown trout was sitting in the net.

The Sage X is a serious piece of kit. Any angler who invests in this rod does so knowing it’s one of the best high-end rods on the market. The rod looks great, is seriously light weight and very robust. With Sage’s KonneticHD Technology, casting becomes effortless and a true joy.

If you are looking for a rod capable of effortlessly casting distances with heavy flies then the 10ft, #7 is the one for you, but if you are like me and prefer a more gentle, all round rod that is comfortable casting dry flies and large lures with equal accuracy and power when required, look no further than the 10ft #6. 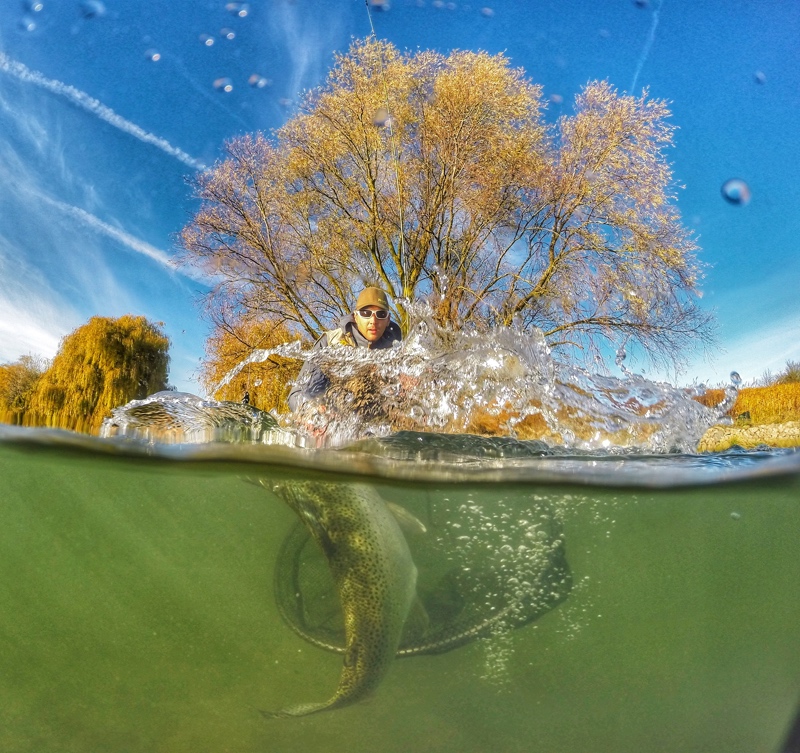 How to Perfect Your Forward Cast